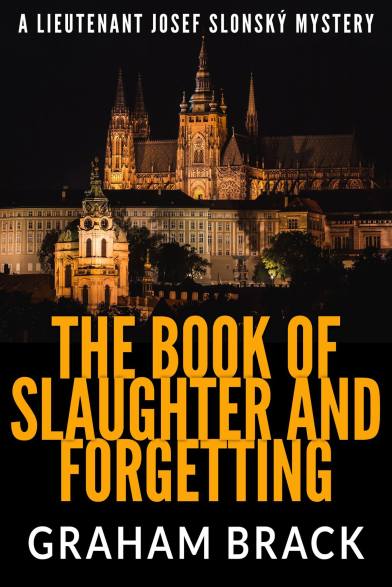 Or, at least, he will on 10th November (for Kindle, a few days later for paperback)

I continue to receive some lovely reviews and comments on The Outrageous Behaviour of Left-Handed Dwarves, so I hope people will be interested to hear that the next one in the series, The Book of Slaughter and Forgetting, is currently sitting on my desk while I read the proofs. It is due out on 10th November so please start saving your pocket money. I need hardly add that the two books together would make a very acceptable Christmas present / birthday present / Hanukkah present / doorstop.

My book was published in Kindle format a fortnight ago, and this week the paperback version has joined it. I don’t want to appear a Luddite, but for an author there is something special about holding an actual book rather than waving your Kindle around in celebration that you’ve finally been published.

(Just to be clear – I’ve been published before, but not as a sole author, and not as a writer of fiction.)

The first thing I’ve learned is that the writing is the easy bit. The promotional stuff takes up so much time that you don’t get to do any more writing. I suppose if I had an agent they would take that load off me, but I mustn’t complain because I actually enjoy doing it.

Second, people are incredibly kind and generous in their comments. At least, nobody has said anything nasty to my face. My book has been selected by a couple of book clubs and I’ve been invited to give a radio interview and a talk to a readers’ club. I began to feel I’m not quite so much of a fraud when I call myself a writer.

A daily selection of the best content published on WordPress, collected for you by humans who love to read.

The Art and Craft of Blogging

The latest news on WordPress.com and the WordPress community.