Just a newsflash that there is a free prequel to the Slonský stories currently available at https://thecra.co.uk/short_stories/slonskys-first-murder-graham-brack/! 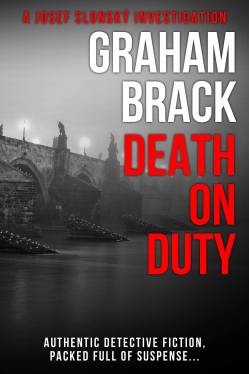 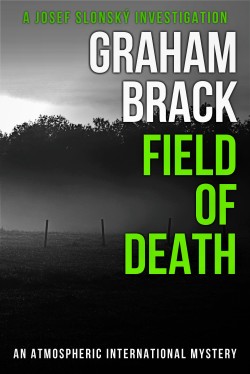 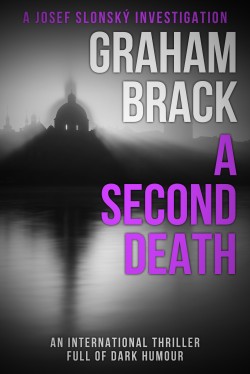 And then there were six!

Josef Slonský has been a policeman in Prague for nearly forty years. In that time – which includes the collapse of communism in Czechoslovakia – he has worked his way up from the lowest of the low to a position of almost no influence whatsoever.

But he has learned the difference between the law and justice. His remaining ambition in the police force is to make it to retirement age without any young yob bashing his skull in with a lump of wood. Oh, and needling his superiors just enough to satisfy his sense of insubordination without leaving him vulnerable to reprisals.

In Lying And Dying the sardonic Slonský is called in to investigate the death of a young woman found with a wad of bank notes rammed – somewhere! – he finds himself embroiled in a series of scandals that reach to the highest levels in Government. In his personal search of the truth – and his next coffee, beer, sausage – Slonský trawls through the mean streets of Prague keeping alive the fine tradition of the maverick detective.

Slaughter and Forgetting asks whether old evidence can be trusted. Thirty years ago a young woman was brutally slaughtered in her home. The police charged and eventually hanged a suspect in what appeared to be an open and shut case. But when retired police officer Edvard Holoubek comes to Slonský with memories that have haunted him for decades, it becomes clear that everything is not as it seemed…

Before Slonský can delve any further Holoubek is deliberately targeted in a hit and run.
It seems someone doesn’t want the truth to come out…

With memories failing and leads running cold Slonský finds himself in a race against time to find the real killer.

It’s bad enough dealing with local villains, but in Death On Duty the Bosnian government has sent an alert to the criminal division in Prague that some of their ‘most wanted’ men may have escaped into the Czech Republic. Slonský, along with his dynamic officers, Kristýna Peiperová and Jan Navrátil are sent to comb the backstreets and search for informers.

But just as they appear to find one of the men, someone is stabbed outside the flat they are watching, in broad daylight.

Will Slonský discover how the murder was committed with no witnesses in the middle of the day? Can he use his maverick tactics to catch his man?.

Or will his investigations lead to a Death On Duty…?

In Field of Death Slonský goes on a diet in order to pass a medical examination, which makes him rather more grouchy than usual. His mood is not helped by the insistence of the pathologist, Dr Novak, that four men killed by an explosion in a field did not accidentally detonate a wartime shell, but were deliberately killed.

But why, and by whom?

The fifth story is A Second Death. When the body of a young girl washes up on the banks of the River Vltava, the Czech police are troubled.

Brutally murdered and with evidence of sexual abuse, it is not the sort of crime they are used to investigating.

But the strangest thing is that the girl hasn’t been reported missing.

As a newly-appointed Captain, Josef Slonský takes the lead on the case.

But with his team seriously understaffed, and increasing pressure coming from the Ministry, he is struggling to keep everything under control.

Why has no one claimed the girl? What has happened to her family?
Slonský must dig deep to find the answers to this complex mystery…

Could Laid in Earth be Slonský’s last case?

A dead woman has been found in a shallow grave in the grounds of a teachers’ training college. But the building was previously put to a much more sinister use. Are the two facts connected?

And she wasn’t the first occupant of that grave.

Slonský faces one of his severest tests as he comes up against someone who doesn’t mind how many people he kills.

Just click on the titles to see them on Amazon!

And not only that – you can buy the first three with one click! 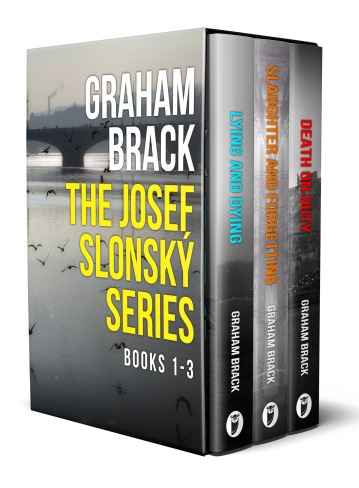 2020 brings a new series as I launch the stories of Master Mercurius. In 1671 Mercurius is a lecturer in moral philosophy at the University of Leiden, and a very reluctant detective. When the mayor of Delft asks the University for help in tracking down someone who is abducting young girls, the Rector sends Mercurius.

You can order the book here.

In the next book in the series Mercurius is summoned by William of Orange who suspects a plot to remove him from power. Since William does not know which of those near him can be trusted, he asks Mercurius to investigate, casually glossing over the peril into which Mercurius will be thrown by doing so.

You can order the book here.

On 20th October Mercurius’ third adventure is launched. William of Orange has decided to get married. He has chosen an English princess, but there are people at the English court – including her father – who would prefer her to marry a Frenchman. A Dutch embassy is sent to London to make the match, and Mercurius is added to it to keep an eye open for any anti-Dutch skulduggery. But when Mercurius arrives at the English court it becomes clear that there are powerful people opposed to the match. And as the Stadhouder’s representative, Mercurius himself could be in their firing line…

Can Mercurius complete his mission with his life — and his honour — intact?

You can pre-order the book here.

A daily selection of the best content published on WordPress, collected for you by humans who love to read.

The Art and Craft of Blogging

The latest news on WordPress.com and the WordPress community.